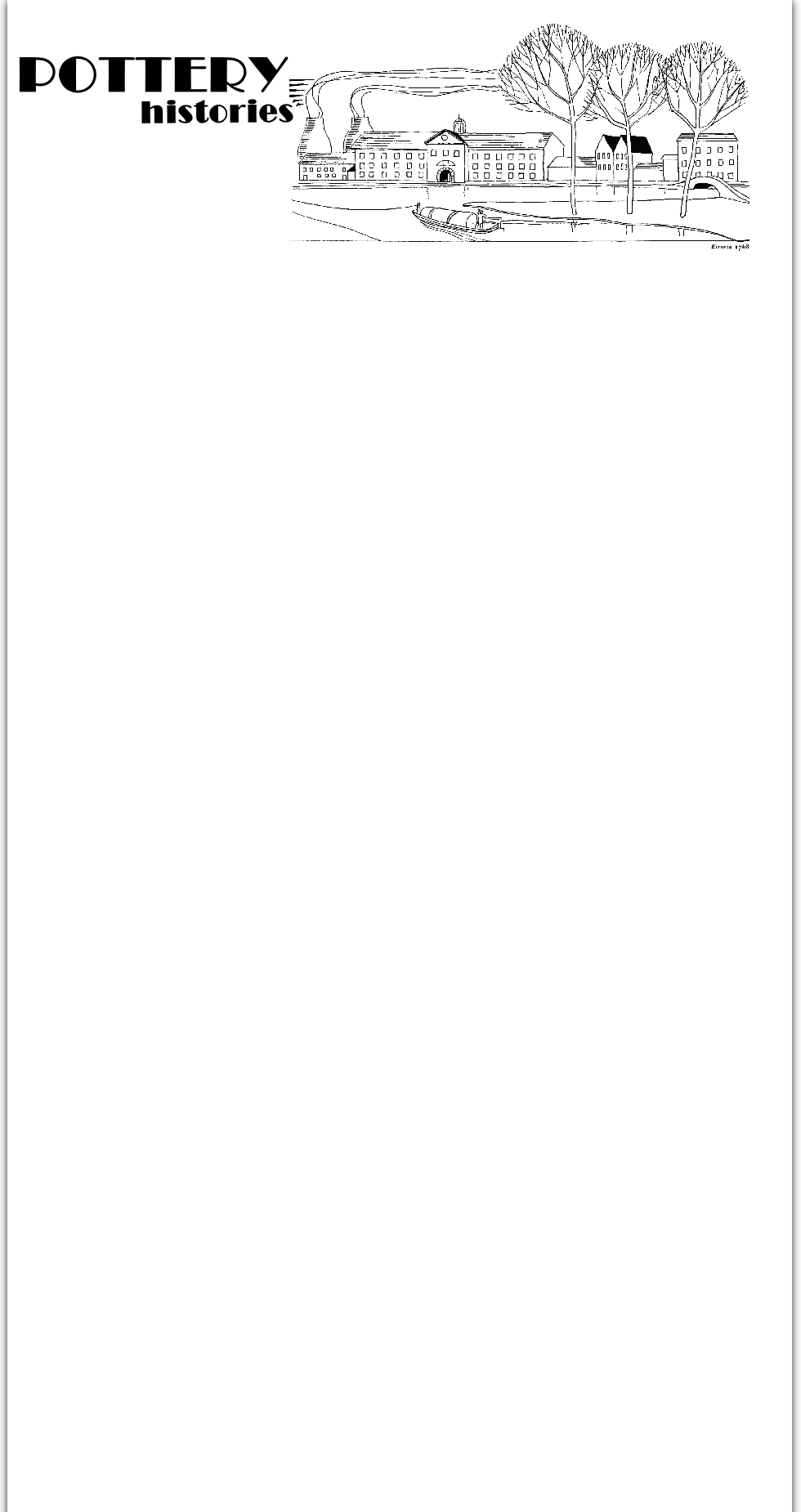 By 1932 Robinson’s empire extended to approximately 30 companies in most of which he had a controlling interest and he was almost certainly the largest pottery manufacturer in the country.  Trouble, however, was not far away and as the world-wide depression impacted on both domestic and overseas sales of pottery and fine china, Cauldon Potteries Ltd became unable to make payments on its debentures and it was placed in receivership in 1932.

Although not a direct consequence of the Cauldon failure, Harold Taylor Robinson faced bankruptcy and the combined weight of a number of small claim totaling some £17,000 forced the issue and on the 6th May 1932 he filed a petition for bankruptcy on his own application.

The first meeting of creditors was held on 24th May 1932 at the North Stafford Hotel in Stoke-on-Trent and the public examination of the bankrupt’s affairs on 16th June 1932, and both are recorded in detail in the Pottery Gazette and Glass Trades Review.  The Statement of Affairs tabled at the latter meeting showed gross liabilities of £238,706 12s. 4d. (but of which only £33,546 9s. 3d was expected to rank).  Against this were gross assets of £1,536 17s. 6d.

The ensuing public examination of Harold Taylor Robinson’s business affairs recorded in the Pottery Gazette reveals an incredibly tangled web of company purchases and sales, share issues, borrowings – many from close friends and business associates - loan guarantees, undertakings to purchase shares and so on.  Many questions from the Official Receiver referred to the multitude of inter-company transaction by companies of which Robinson was a Director and/or held a controlling interest.  Responding to a Receiver’s question concerning his duty as a Director when shares in one of his companies were sold to another, Robinson vigorously defended his motives and actions accepting only that when in such a position it was only necessary to be careful that both companies had a square deal - “And they have had one, that is my answer”.

The application of discharge from bankruptcy was heard in February 1934 and re-heard in April 1934.  Remarkably, Robinson’s  liabilities had been reduced from the gross liability of £238,706 12s. 4d reported in May 1932 to essentially zero.  Reporting to the presiding Judge, the Official Receiver noted that of the secured creditors claims of £11,607 only one claim of £346 remained; of partially secured creditors owed £58,865 only one claim of £1,677 remained; and of unsecured creditors originally estimated to be owed £33,546, only two claims totally £811 remained.  Responding to a very confused Judge, the Receiver explained that the debts had either been bought up and the claims cancelled, or that the trustees had received letters stating either that no claim existed or that the debt had been satisfied by the existing security.  Balancing the outstanding claims against the realized assets of £1,337 19s. 10d, the Receiver anticipated that there would be a dividend of 3s. 9½d. in the pound on the preferential claims.

Harold Taylor Robinson eventually obtained his release from bankruptcy and although the facts of the case are well reported in the Pottery Gazette, there are only hints of an even more complex and personal story that may never be told.  Few, if any, members of the public lost money in the devastating collapse of his personal and business empire.  His close friends and associates appear to have supported him through the period of bankruptcy, even buying up and cancelling Robinson’s liabilities.  This is a story that is yet to be told.

Robinson’s Cauldon Potteries Ltd and its many subsidiaries, placed in receivership in 1932, were sold off by the receiver.  Friend and fellow Cauldon director John Vivian Goddard repurchased his family company George Ashworth & Bros. Ltd, and various Cauldon Group companies went to other prominent potteries interests.  Coalport China and Cauldon Potteries Ltd were purchased by Harrison & Sons Ltd, who also owned the  George Jones & Sons Ltd business based at the Crescent Potteries.  The Harrisons, father and son Sydney and Stanley, are mentioned as creditors in the bankruptcy proceedings and may also have been fellow directors of some of the Robinson companies.  Robinson returned to work for the Crescent Potteries group as ‘sales coordinator’ but ill-health caused him to retire from this position in 1936.

In 1939 Robinson moved to Derby and continued his interest in the Derby Royal Porcelain Co. Ltd.  He had acquired control of the company in 1927 and for several years had been its Chairman, and how this interest survived his bankruptcy, if indeed it did, can only be the subject of speculation.  Nevertheless, by 1939 he held a controlling interest in the Crown Derby Porcelain Co. Ltd and became its Chairman.  Under his able direction, Crown Derby expanded considerably, increasing employee numbers fourfold and sales and exports by sevenfold by 1950.

Robinson became a leading citizen of Derby, hosting a visit by Queen Elizabeth to the Derby factory in 1949 and celebrating the bicentenary of porcelain manufacture at Derby in 1950.  He was appointed Chairman of the Derby and Derbyshire Chamber of Commerce in 1950 and in 1951 was awarded a CBE in the New Year’s Honours. List.  He remained the company Chairman until his death in 1953 and was succeed by his son Philip I. Robinson (the Managing Director at the time) as Chairman of the company.

This account is based primarily on the reports of Harold Taylor Robinson’s bankruptcy proceedings reported in the Pottery Gazette Volumes 57 (1932) and 59 (1934) supplemented by other sources.