Josiah Wedgwood began pottery manufacture in his own right in 1759, renting the Ivy House Works, Burslem from his cousins John and Thomas Wedgwood. The Brick House (subsequently named the Bell Works) was leased in 1764 and in 1766 Wedgwood acquired the Ridge House estate of 350 acres where he constructed the Etruria Works opened in 1769.

‘Etruria’ included a modern factory intended for ornamental wares, houses for Wedgwood and his partner in the venture, Thomas Bentley, and housing for the workers employed at the Manufactury. Wedgwood had met Bentley, a Liverpool merchant, in 1762 and at Wedgwood’s urging Bentley became a partner in the Etruria venture intended to manufacture ornamental wares. Bentley also managed the Wedgwood London showrooms from about 1769 until his death in 1780.

Josiah Wedgwood’s sons John, Thomas and Josiah II (and nephew Thomas Byerley) were admitted to the partnership in 1790, and on Wedgwood’s death in 1795, management of the business passed to the remaining partners Josiah II and Thomas Byerley (John and Thomas Wedgwood left the partnership in 1793). In 1895 the business was incorporated as a private company, ‘Josiah Wedgwood and Sons Ltd’. The Barlaston Hall estate was purchased in 1937 and construction of a new factory and village commenced in 1938. Construction was halted by the war, but resumed in 1945 and the factory commenced full production in 1950. It remained the company’s major manufacturing base in the United Kingdom until 2008. Etruria, home of the Wedgwood businesses for 180 years was demolished in 1966.

Josiah Wedgwood & Sons Ltd became a public company in July 1940 as part of a restructure of the company’s share capital to fund the completion of the Barlaston factory. The capital raising of £350,000 in new one pound shares was subscribed by the existing family shareholders numbering approximately 150 and control of the company remained firmly in the hands of the Wedgwood family.

See Wedgwood proprietors for more information on the role of Josiah Wedgwood’s decendants in the management of the business.

In 1986 Wedgwood was the subject of a hostile takeover bid from the London International Group, the owners of Royal Worcester and Spode at the time. The LIG bid was rejected by Wedgwood, but to safeguard the company’s future, its Chairman, Sir Arthur Bryan, negotiated a friendly takeover by the Irish glassware manufacturer Waterford Crystal Ltd. The takeover, which valued Wedgwood at £252.6 million, was completed in 1986 although formation of the new holding company, Waterford Wedgwood plc did not occur until 1989.

In the late-1980s the new conglomerate faced increasing production costs combined with recession in its key North American markets and in 1988 private investors led by Irish businessman J. F. O'Reilly, offered a company buyout. Although initially refused, O'Reilly and his co-investors acquired 15% of Waterford Wedgwood in 1990 and under a new management team the company returned to profitability in 1992. In 1995 Waterford Wedgwood acquired Stuart & Sons Ltd, the UK's leading manufacturer of crystal glassware. A 9% stake in Rosenthal A. G. of Selb, Germany, was acquired in 1997 and this was increased to 85% in 1998. Further acquisitions included the US cookware company All-Clad (May 1999) and Hutschenreuther, the German porcelain and giftware brand in August 2000. Waterford Wedgwood now termed itself ‘...the world’s leading luxury lifestyle group with four world class brands—Waterford Crystal, Wedgwood, Rosenthal and All-Clad’. In addition to the Wedgwood, Rosenthal and Hutschenreuther names, the group also produced ceramics under the Coalport, Mason’s, Johnson Bros, Franciscan, Thomas and Waterford names.

Far from stabilizing the financial position of Waterford Wedgwood, the 2005 purchase of Royal Doulton for £90 million, exacerbated its financial difficulties and by September 2008 the Group’s net debt had reached an unsustainable £377 million. A share issue in September 2008 to raise £122 million to pay down debt raised only half the required funds and on 2nd December 2008 the company announced that it had breached loan covenants with its banks. Three extensions to the deadline for payment were negotiated, but on 5th January 2009 Waterford Wedgwood plc was placed in the hands of administrators.

On the 27th February 2009 it was announced that most of Waterford Wedgwood’s assets had been sold to the US private equity company KPS Capital Partners leaving approximately £748 million in debt and pension liabilities in the hands of the receivers. The formation of a new company WWRD Holding Ltd was announced on 26th March 2009 and involved the purchase of certain Waterford, Wedgwood and Royal Doulton assets in the United Kingdom and North America, the purchase of intellectual property in Ireland (but not the Waterford factory) and the purchase of subsidiaries in Japan, Indonesia, Hong Kong, Taiwan, Singapore and Australia. According to the statement released by KPS Capital Partners, WWRD will continue to be a leading provider of luxury and lifestyle products worldwide under the well recognised brands Waterford, Wedgwood, Royal Doulton, Royal Albert, Minton and Johnson Bros.

The output of the Wedgwood factories has been vast and includes virtually every class of ceramic. Josiah Wedgwood was not only an able and innovative potter, but a businessman of exceptional acumen who exploited every opportunity to promote himself and his products. He was one of the first to recognise that manufacturers must adapt to the changing whims of the buying public; and also that meticulous attention to quality paid dividends for the manufacturer.

Teapots and other wares slip cast in the form of fruit and vegetables were an important product of the Whieldon-Wedgwood partnership (1754-59) and Wedgwood retained the rights to his inventions, including the clear green glaze used on the ‘Cauliflower Ware’ produced at his Ivy House and Bell Works. Wedgwood introduced creamware, an attractive light cream-coloured earthenware, from c.1760 gradually improving the body and glaze. Made into classical shapes and transfer printed (from c.1763) creamware, (marketed as ‘Queen’s Ware’ from 1765) became a staple of the Wedgwood factories for nearly 200 years. Pearl ware, jasper ware, and basaltes were other important Wedgwood innovations. So fine were the products and so good the quality, that there were avid collectors of Wedgwood’s wares in his own lifetime!

Although known primarily for earthenware, Wedgwood produced bone china in the period 1812-1829 and from 1878 to the present day. Prominent designers and artists for the Wedgwood Group in the 20th century include designers Keith Murray and Eric Ravilious and art directors John Goodwin and Victor Skellern.

The site of the new Wedgwood Museum adjacent to the Wedgwood factory at Barlaston.  The museum is run as a Charitable Trust and in addition to a large collection of Wedgwood ceramics, holds manuscripts, documents correspondence and equipment covering the history of Wedgwood. 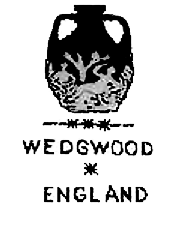 A representation of the ‘Portland Vase’ appears on all Wedgwood bone china to this day.