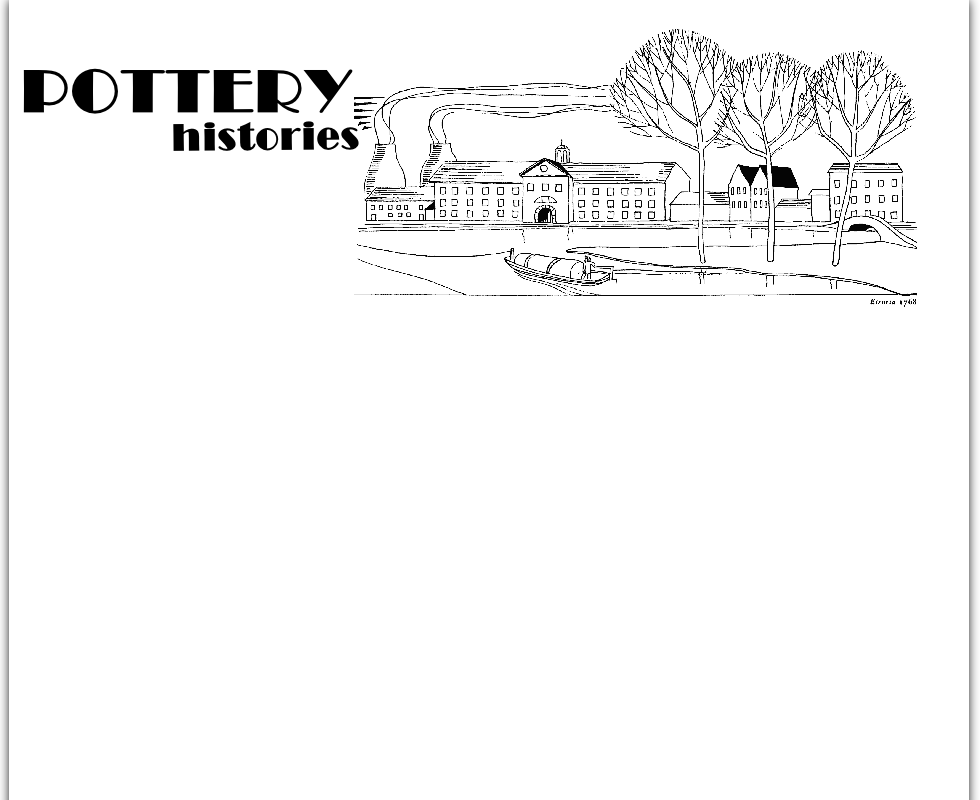 Earthenware manufacturer at Keele St, Tunstall (to c.1958) and then at Meir Airport, Longton, as part of the Staffordshire Potteries Group.

The company was founded in 1915 by Charles H. Bowers, Elijah Brookes, J. A Robinson and H. W. Pitt. It closed in 1941 under the wartime Concentration scheme, but Bower’s son, Charles Griffiths Bowers, re-activated the business in 1946 and between 1946 and 1948 established or acquired other pottery companies that came to be known, collectively, as the ‘Keele Street (Pottery) Group’. The Keele Street Pottery Co. Ltd, as part of the group, became a subsidiary of Staffordshire Potteries Ltd and (from 1958) operated from the Meir Airport site.

Pre-war, the Keele Street Pottery mass produced utility earthenware. Under C. G. Bowers the business produced tableware, ornamental earthenware, cottage ware and fancy earthenware. Most of the Keele Street wares are plain and utilitarian, but the cottage ware—tea and coffee pots, table accessories etc—cast in the shape of quaint rural buildings is a minor collectible. Wares are marked with the initials ‘K.S.P’ or the full name of the business.