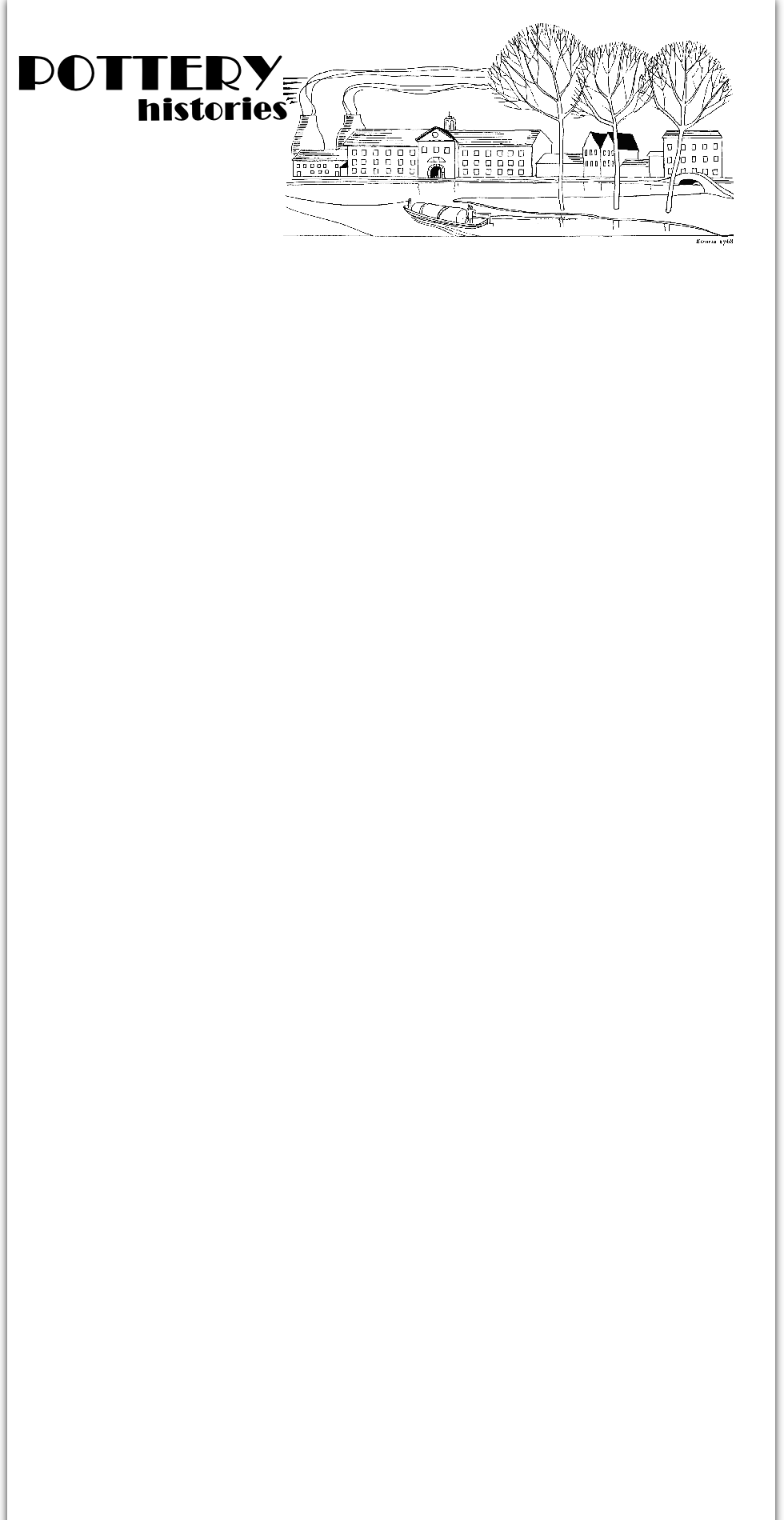 Earthenware manufacturer at Copeland St, Stoke. The Shorter business was established by Arthur Shorter in about 1872 as a partnership with James Bolton. Although from a ‘railways’ family, Arthur Shorter was apprenticed as a china painter at Mintons under the renowned Leon Arnoux, before starting his own china decorating business in the 1860s and finally forming the manufacturing partnership with James Boulton in about 1872.

In 1891 Arthur Shorter absented himself from the business to manage of the Burslem company established by his brother-in-law A. J. Wilkinson (following the latter’s accidental death), and from 1891 to 1900 the Shorter & Bolton concern was run by James Bolton (1891-97) and then by his son William Bolton from 1897 to 1900.

In 1900 Arthur Shorter’s younger son John Guy Shorter became the manager and the partnership of Shorter & Son probably dates from this time. In 1905 John Shorter also left to join his father and elder brother Arthur C. A. Shorter at A. J. Wilkinson Ltd. The Shorter business had various managers from 1905, but in 1932 Harry L. Steele was appointed manager, a position he was to hold for the next 30 years. Arthur Shorter died in 1926 and in 1933 the business was incorporated as Shorter & Son Ltd with brothers Arthur ‘Colley’ Austin Shorter and John Guy Shorter, as Directors and Harry L. Steele as the Director-in-Charge.

Shorter & Son Ltd remained in production throughout the Second World War and in 1950 John B. Shorter, son of Guy Shorter, joined the company and was soon after appointed as sales director.

The death of Arthur Colley Shorter in early 1964 spelled the end for the Shorter companies. In 1963, faced with loss of part of the Copeland St factory to a road development scheme and the expense needed to convert to smokeless firing to conform to the Clean Air Act, the decision was made to accept an offer for the business from S. Fielding & Co. Ltd the owners of the Crown Devon name. From early 1964 Shorter & Son Ltd operated from Fielding’s Sutherland St factory under the management of John B. Shorter who continued with the new owners until his retirement in 1972. Shorter & Son Ltd was still listed as a subsidiary of Crown Devon Ltd in 1971. The other Shorter family companies A. J. Wilkinson Ltd and the Newport Pottery Co. Ltd were sold to W. R. Midwinter Ltd by Colley Shorter’s widow Clarice Cliff-Shorter, in 1964.

From the 1920s onward, Shorter & Sons Ltd specialized in the manufacture of ornamental and novelty earthenware. To quote an article in the Pottery Gazette (March 1941):

‘There are literally thousands of high-quality earthenware novelty lines covering all table adjuncts and every conceivable household pottery novelty—cleverly modelled and effectively decorated’.

The novelties included Toby Jugs, tobacco jars, ash trays, sugars, creams, cruets, butter dishes, posy holders , and a host of other household items and many of these, especially the Toby Jugs, were still in production in the 1960s.

Following the death of Arthur Shorter in 1926 the burgeoning influence of Clarice Cliff began to influence the design of products from all three companies in the Shorter group and there is some attractive art deco-style Shorter tableware and table accessories. In addition to the Clarice Cliff influence, Mabel Leigh designed for Shorter & Son from 1933 to 1935 and ‘Period Pottery’ based on ethnic designs from the Mediterranean, Africa and Central America dates from this period.

In the 1950s and 1960s, in addition to the fancy earthenware, Shorter & Son Ltd was a successful and prolific manufactured good quality domestic earthenware and of note from this period are the company’s Cottage Ware, Fishware, oven-to table ware and florists accessories.

The diversity and quality of the Shorter wares is probably under-appreciated.

This website is, to quote, ‘a portal for anyone, anywhere with an interest in the work of the Shorter pottery companies’. There is a forum and the capacity for members to post images.