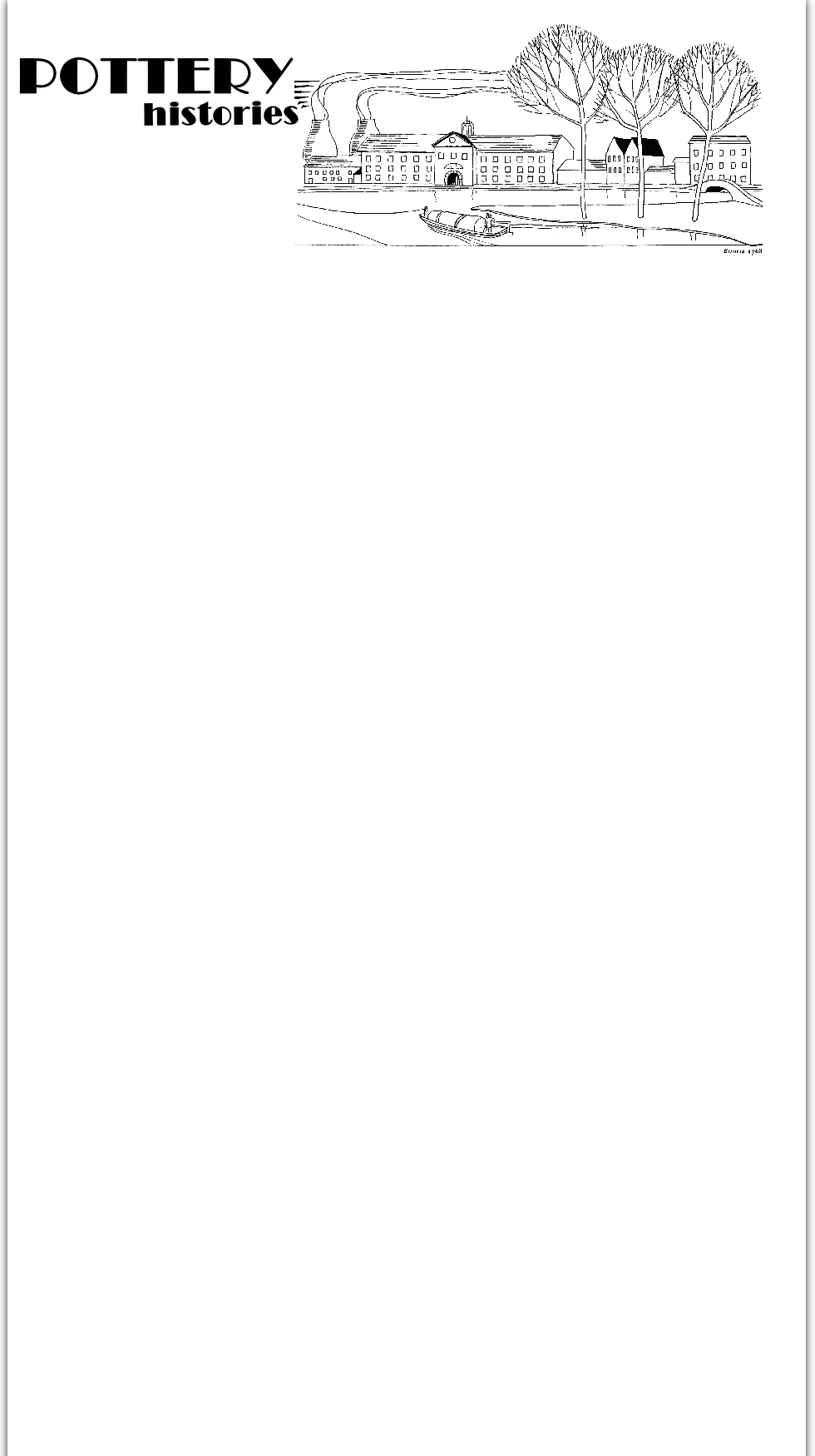 William Midwinter founded the company in 1910 at the Bournes Bank Pottery, Burslem, after 14 years employment with Doulton & Co. Ltd. He served in the Royal Navy in the First World War (1914-1918) before returning to the company. The business was very successful in the 1920s and 1930s, however, production was suspended during the Second World War, resuming in 1946. William Midwinter continued as proprietor and joint Director with William Lunt, and was still active in the business until his death in early 1966 at the age of 81. It was said that he had attended the company’s office every day for half-a-century.

William Roy Midwinter (Roy) joined the business after wartime service in the Royal Air Force. After working in production he moved to sales and his marketing visits to North America in the early 1950s set the course for the business for the next thirty years. Although not trained as a designer or modeller, Roy Midwinter had a deep interest in all aspects of design and the facility to identify and apply design for the market place. His friendship and professional association with David Queensbury, and with other leading designers including Jessie Tait, Hugh Casson, Colin Melbourne and many others were a key factor in business’s ‘design-led’ success. After the Meakin and Wedgwood takeovers, Roy Midwinter continued the manage the business, finally leaving Wedgwood in 1981 to found a design studio. He died in 1990.

Eve Midwinter was born in 1927 and trained in fine art, painting and sculpture at Burslem School of Art, although not completing her studies before her marriage to Roy Midwinter. Her involvement in pottery design for W. R. Midwinter began in the late 1950s and although never an employee of the company, her flair for contemporary design became increasingly important to the company. Popular Eve Midwinter patterns include Roselle (1968) and Tango (1969) on the Fine shape. Despite separation and divorce from Roy Midwinter in the mid-1960s, she continued to work at Midwinter and was instrumental in development of the speckled glaze used so successfully on the Stonehenge range introduced in 1972. She was also the designer behind the iconic ‘Sun’, ‘Moon’, and ‘Earth’ patterns popular with collectors to this day. Other Eve Midwinter patterns on Stonehenge include the popular ‘Wild Oats’, the stunning ‘Autumn’ and the delicate ‘Invitation’, amongst many others. She continued to design both shapes and patterns for Midwinter/Wedgwood until her retirement in 1986. After working as a design consultant and for Royal Stafford Tableware Ltd, she retired and still lives in the Potteries.

Dorothy Jessie Tait was born at Tunstall in Stoke-on-Trent in 1928, the youngest of a family of three children. She entered the Burslem School of Art in 1941, graduating in 1946, and joined Wood & Sons Ltd as a designer. Dissatisfied with her prospects at Woods, and with her relationship with the senior Woods designer Charlotte Rhead, she joining W. R. Midwinter Ltd where she was to spend the next 30 years as a decorator and designer.

Tait’s talent was first displayed on the new Stylecraft shape introduced in 1953. This, the first of the modern Midwinter shapes, was well suited to bold colourful patterns and Jessie Tait produced the great majority of patterns for the ware. Best known today are Homeweave, Primavera, Fiesta, and Red Domino.

Midwinter used a wider range of designers for the curvaceous Fashion shape introduced in 1954, but Tait’s designs were still prominent and include the now highly collectible Cherokee, Homespun, Savannah, and the iconic Zambesi. On the Fine shape introduced in 1962 Tait’s Spanish Garden (c.1968) was the best selling pattern, amongst many. Nasturtium (1974) on the Stonehenge range was her last pattern for Midwinter.

Jessie Tait moved from Midwinter to the Johnson Bros division of Wedgwood in 1974 – after nearly 30 years with Midwinter – continuing to produce successful patterns until her retirement in 1993. Jessie Tait died in January 2010

David Queensberry was born in 1929 and studied at the Central School of Art and Crafts, London, in the 1950's. His early design work was for Crown Staffordshire China Ltd and in 1959 he was appointed Professor at the Royal College of Art. He first met Roy Midwinter in 1955 and their association led to the introduction of the ‘Fine’ shape tableware in 1962. Queensberry recognised that the fluid organic forms that had been so successful in the 1950 were becoming outdated and the ‘Fine’ shape developed between 1960 and 1962 was based on a plain cylinder, catching popular taste, just as the Stylecraft and Fashion shapes had in their day. Queensberry remodeling the as the MQ1 in 1966 and was also the design consultant for the less successful MQ2 shape released in 1967.  In 1968 Queensberry formed the Queensberry-Hunt Design Group with Martin Hunt and subsequently undertook design work for other Potteries including Hornsea, Portmeirion, and Wedgwood.