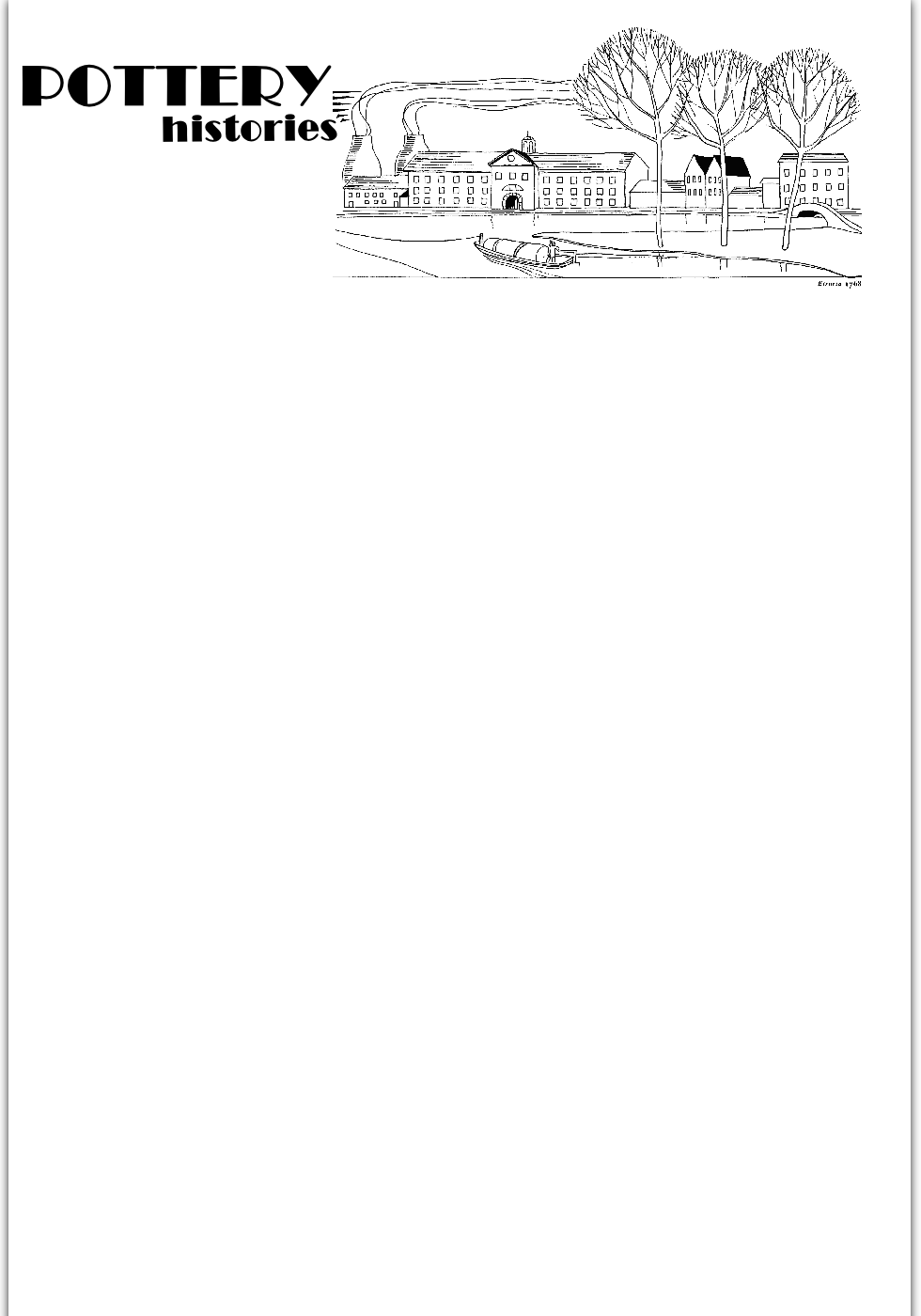 Earthenware manufacturer at the Devon Pottery, Stoke. Simon Fielding established the business in about 1870. It met financial difficulties and in 1878 or 1879 Fielding’s son Abraham joined the business, becoming the driving force behind its expansion and phenomenal later success.

Abraham Fielding died in 1932 and his son Arthur Ross Fielding took control of the pottery. Arthur Fielding died in 1947 and control of the company passed to his son Reginald Ross Fielding. In 1963 Donald Kitchener Bailey purchased a share in the Fielding business and joined Reginald Fielding as a joint managing director. The company acquired Shorter & Son Ltd in 1964 when the A. J. Wilkinson companies were dispersed. Reginald Fielding retired in 1967 and his interest in the business was purchased by Donald Bailey. Bailey died in 1971 and his widow sold the business in 1976 to a Liverpool-based accounting firm, however mounting losses caused the closure of the business in 1982.

The Fielding name, the Crown Devon Pottery, and other assets were purchased by Caverswall China Co. Ltd in May 1983. It was sold to the industrial ceramics manufacturer Bullers plc in 1986 who auctioned the treasure trove of historic moulds from both the Fielding and Shorter businesses in 1987. The historic Crown Devon Pottery was demolished in the same year.

S. Fielding & Co. Ltd produced an enormous quantity and range of domestic and ornamental earthenware over the life of the business.  The Crown Devon name came into general use in the early 1900s although first use of the name may date from the 1880s. It was first associated with vellum-coloured earthenware painted in the ‘Worcester’ floral decorating style. Jugs, vases, plaques and a host of other items were produced. Much of this ware was exported to the Dominions and the United States in the period up to the First World War.

The designer Enoch Bolton joined Fielding in 1929 and Boulton was responsible for the enormous output of striking Art Deco style wares from the Devon Pottery in the 1930s. The best of Boulton’s Art Deco and modernist designs rival and often exceed in impact those of Clarice Cliff and Susie Cooper. Well-modelled, contemporary figures designed by Kathleen Parsons were also produced from the mid-1930.

Fielding’s used the trade name ‘Crown Devon’ and from the early 1930s the Crown Devon mark—a crown over the words Crown Devon—became the emblem of the company and may appear without the Fielding name.

A bright Crown Devon earthenware trio, probably from the late 1930s. Hand- or machine-applied banding such as this was easy to apply and was widely used on utilitarian wares. 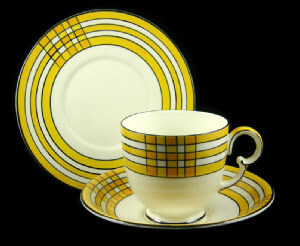